Discover 9 Major Venues along Virginia's Music Heritage Trail. Beginning at the east end of the Crooked Road and traveling west, the following places capture the history of the music, the performers of the music and invite you experience it as the mountain people do. 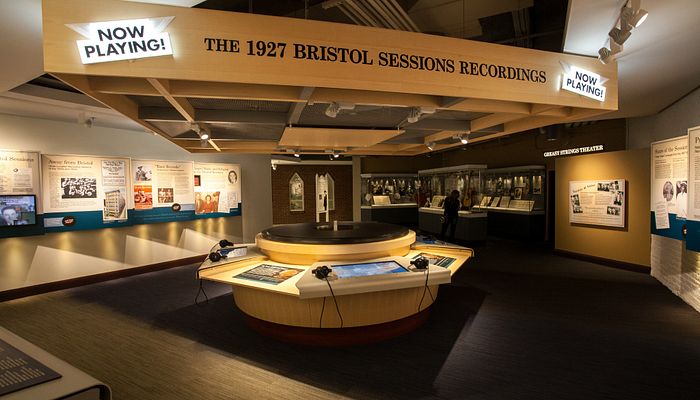 The Birthplace of Country Music Museum tells the story of our musical heritage. It was in Bristol that the famed Bristol Sessions occurred in 1927, setting the course for country music as we know it today.

Check out The Friends of 1927 Concert Series, an intimate experience for fans to interact with artists while enjoying cocktails, hors d'oeuvres, and of course, great music. Additionally, a variety of festivals and concerts are offered throughout the year. 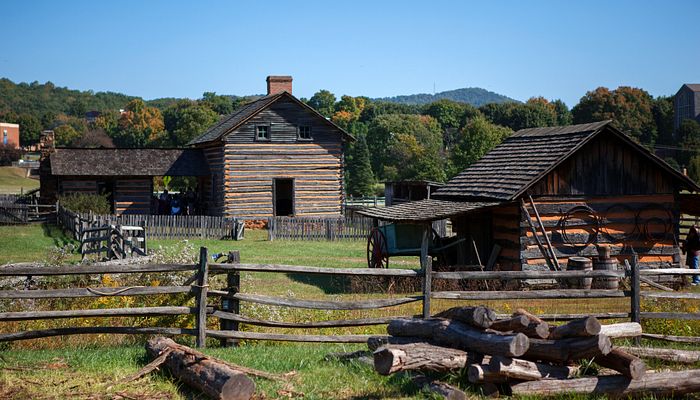 The Blue Ridge Institute and Museum at Ferrum College is the official State Center for Blue Ridge Folklore, highlighting the folk traditions of western Virginia through its rotating exhibitions of the music, crafts, decorative arts and foodways.

Every year, on the fourth Saturday in October, they present the popular Blue Ridge Folklife Festival with three stages of continuous music and music workshops along with other folkway activities. 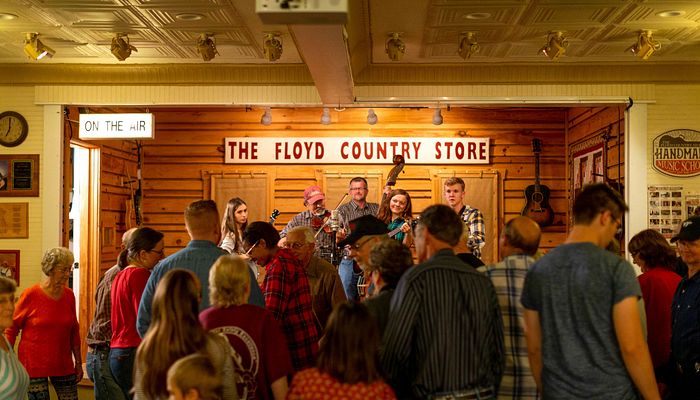 The Floyd Country Store Friday Night Jamboree makes everyone feel welcome. The show begins at 6:30 p.m. with a bluegrass gospel group, followed by a bluegrass or old-time band you can flat-foot to.

If the crowd is willing, at 10:30 p.m. one of the jamming groups that can be found picking outside or upstairs in the store will play for the crowd until around 11:30 - closing time. 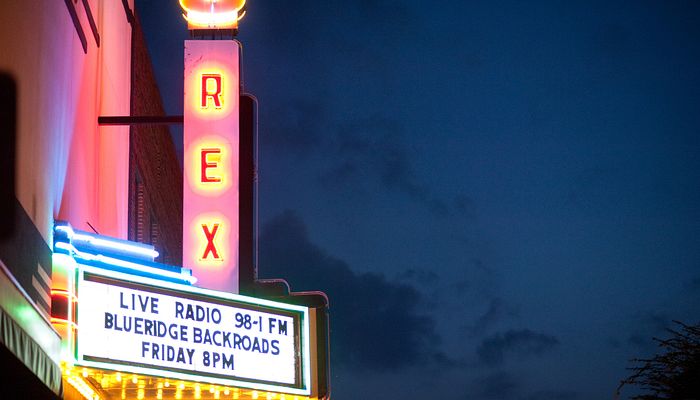 Rex Theater & Blue Ridge Backroads Live in Galax invites you to be part of the audience of WBRF 98.1 FM radio's popular broadcast, featuring bluegrass and oldtime bands performing on stage.

The show has a listener base in four states and 40 counties. Galax is billed as "the World Capital of Old-Time Music" and is famous for its Old Fiddler's Convention, a week-long event that takes place every August.

The Blue Ridge Music Center & Museum, Milepost 213 on the Blue Ridge Parkway, was created by an act of Congress concerned with almost 400 years of string-band music history in Virginia.

The state-of-the-art amphitheatre presents performances every Saturday night from May through September.

The museum features exhibits about music and includes a luthier's shop. 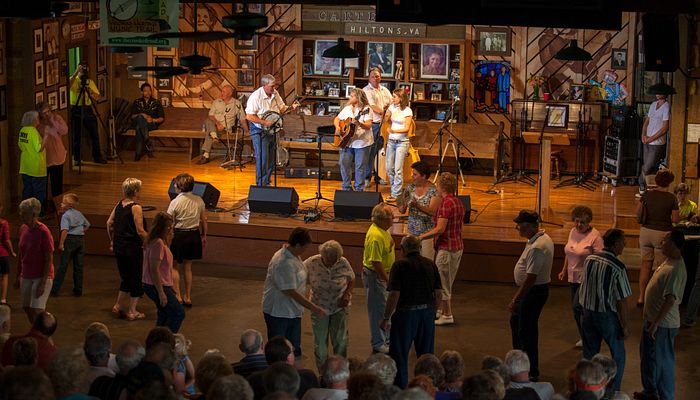 The Carter Family Fold in Hiltons was founded by Janette Carter, daughter of A.P. and Sara, who with Sara's sister Maybelle are considered the "First Family of Country Music."

Every August, the Carter Family Traditional Music Festival takes place here. It's just $5 a ticket, which is in keeping with Janette's philosophy that everyone in the Poor Valley could afford to come and enjoy the music.

Country Cabin II and Appalachian Traditions Village in Norton is a popular stage for local musicians and bands performing bluegrass, country and old-time music throughout the year every Saturday night from 8-11 p.m.

This second cabin evolved from an earlier cabin, which is the oldest currently operating site for traditional music in the Heart of Appalachia. 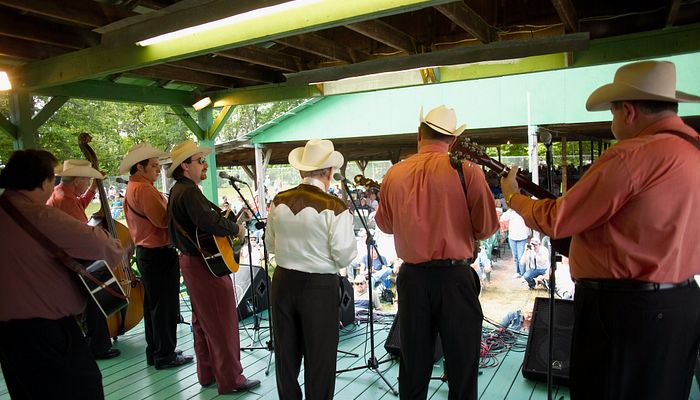 The facility is a resource center for students and music fans to learn more about traditional American and Appalachian music. 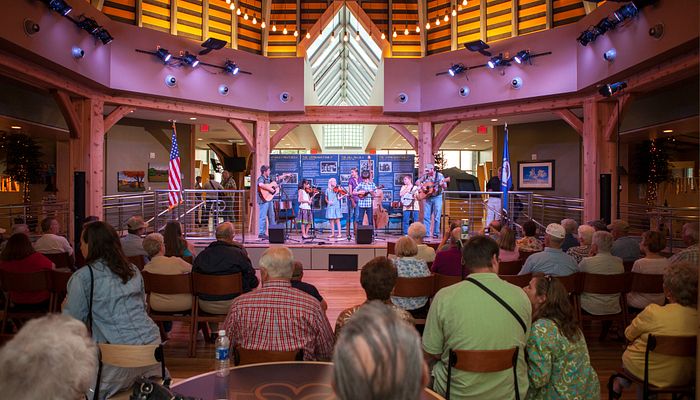 The Southwest Virginia Cultural Center & Marketplace in Abingdon is your source for the beautiful handcrafted art, food, and wine of Southwest Virginia, but beyond that, it's a fantastic place to catch live music. Every Thursday night features a different artist, with select Thursdays being "open jam" nights where you can play in the circle, too.