Virginia's lighthouses have a varied history and are some of the oldest in the United States.

See a map of the lighthouse locations below 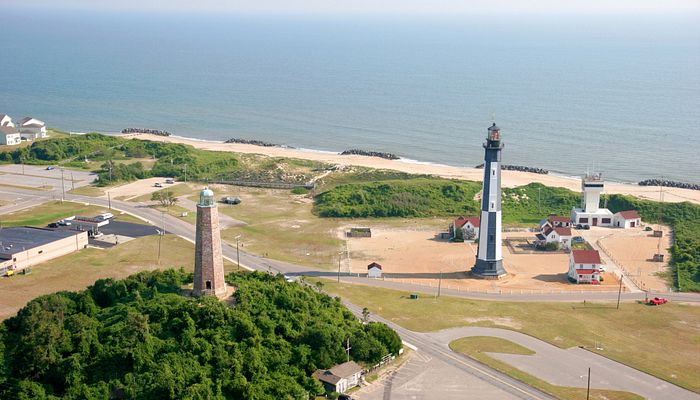 The Old Cape Henry Lighthouse, built in 1792, is the oldest lighthouse on the Chesapeake Bay and the third oldest still standing in the United States.

The unpainted sandstone tower stands 90 feet tall and was reinforced with a brick lining. It serves as the official symbol for the City of Virginia Beach and is located on the grounds of Fort Story, a military base operated by the U.S. Navy. Visitors should be aware that you must enter through Fort Story's security gates. All visitors over the age of 16 will be required to present valid identification. This ID should be a student or state or Federal issued ID card. Vehicles may be subject to search. We respect the military's interest in force protection and thank you in advance for your cooperation and understanding.

George Washington Selects the Keeper
In 1791, Alexander Hamilton contracted with John McComb Jr., its designer and mason. Once the lighthouse was completed, George Washington checked the list of applicants for keeper of the lighthouse. The first keeper was Laban Goffigan of Norfolk, who lit the fish oil-burning lamps to make the Chesapeake Bay safe for sea travelers.

Civil War Causes Damage
During the Civil War, Confederate troops purposely damaged the light to make navigation of the Chesapeake Bay dangerous for Union troops invading the area. In 1870, large cracks appeared on six sides of the octagonal tower, and it was considered unsafe.

Today, it still stands and is maintained by the Association for the Preservation of Virginia Antiquities. It is open year 'round except in December, when it is decorated like a giant Christmas tree by the U.S. Army.

The new Cape Henry Lighthouse was built to replace the old one in 1881. It sits only 357 feet away from the original. The 164-foot octagonal tower has been operated by the U.S. Coast Guard since 1939.

During the early part of World War II, the top was used as a battery commander's station for Battery Walke, which contained two 16-inch howitzers.

Although it is not open to the public, it can be seen from the original lighthouse. 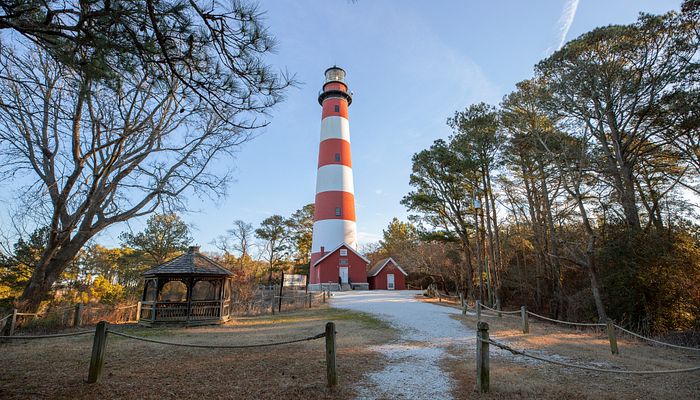 The Assateague Lighthouse is located on Assateague Island at the Chincoteague National Wildlife Refuge. It was first built in 1833 and rebuilt in 1866. The tower stands 145 feet tall and continues to warn ships of treacherous shoals that lie off the barrier islands.

The "Legacy of the Lighthouse" tours are presented throughout the summer, which is considered "a must for lighthouse lovers." 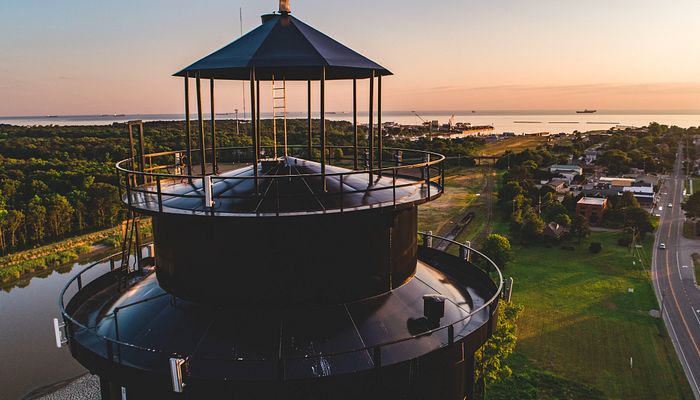 Cape Charles Light is the third lighthouse (built 1895) on Smith Island and, standing at 191 feet tall, it is the tallest lighthouse in Virginia and the second tallest in the country. Easily seen from the Chesapeake Bay Bridge-Tunnel, it is owned by the Coast Guard and the tower is not open to the public

Located at Fort Monroe in Hampton, the Old Point Comfort Lighthouse is operated and maintained by the U.S. Coast Guard and not open to the public, yet it can be viewed from the street.

The keeper lives in an adjoining house owned and maintained by the Army since 1973. Overlooking the entrance of Hampton Roads and commissioned by Thomas Jefferson, it is the second oldest on the Bay, built in 1802.

It stands 54 feet tall and is an octagonal sandstone structure. During the War of 1812, it was used as a watch tower. During the Civil War, it was riddled with bullets by naval guns. 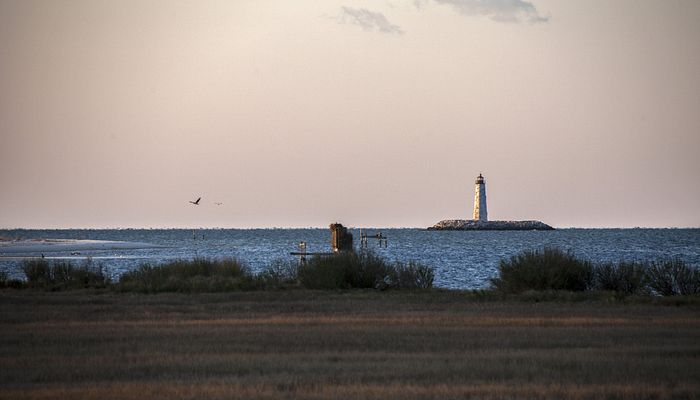 The New Point Comfort Lighthouse was commissioned in 1804 by Thomas Jefferson. It stands 63 feet tall and is an octagonal sandstone structure. During the Civil War, Confederate soldiers disabled its light to make it dangerous for Union troops to navigate the Bay. After the war, it was fixed. In 1919, it was partially automated, putting its keeper out of a job and home.

New Point Comfort Island was acquired by the Nature Conservancy in 1979, which turned it over to Mathews County as a natural area in 1982. Today, the lighthouse is not officially open to the public, yet access by boat is not restricted. Most visitors prefer to look at it from the observation deck at the preserve.

Jones Point is the last remaining river lighthouse in Virginia. Built along the Potomac River just south of Old Town Alexandria in 1855, its presence is indicative of the thriving river commerce of the area at the time. The lighthouse is not open to the public and is maintained by the National Park Service.